Leron Zinatullin, author of The Psychology of Information Security, discusses positive ways to get your employees on board with information security.

Experiment with your security awareness programme

A recent company I’ve been working with has been experimenting with their security awareness programme; in particular, they’ve designed posters to remind employees of potentially risky behaviours. They placed these posters in the areas where violations could occur: near the confidential bins or printers. They’ve invested in a memorable design and created funny-looking creatures people can relate to. For example, they’ve had something resembling an angry Twitter bird to emphasise the fact that employees should be mindful of what they share on social media. Other examples included monsters on the lookout for confidential data.

I liked the idea and I saw employees discussing the posters shortly after they were released. But what if we wanted to take this a step further? What if people could not only look at the posters but also engage with them? 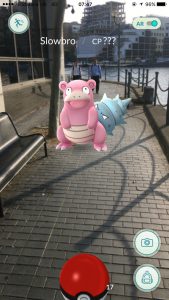 The recently released and hugely popular Pokemon Go app gives us an example of how this could be done. In the game, players are encouraged to explore the real world around them and catch creatures that appear on the map. The game uses augmented reality to make the experience of catching Pokemon a lot more fun.

How can some of the ideas from this game be applied to a security awareness programme?

What if we take the monsters from the company’s posters above and make them more engaging? It only takes a small financial investment to attach a QR code to a monster, so an employee could get immediate access to the relevant section in the security policy. Or how about giving employees a quick quiz and, if answered correctly, reward them with bonus points?

These points could be also collected for accomplishing other tasks. Your employee volunteered to participate in a security awareness presentation with her story? 100 points! Attended a lunch and learn session? How about 20 points? Reported a phishing email? Stopped a tailgater? There are many ways people can demonstrate their involvement in a security awareness programme.

As long as participation is voluntary, there are clear objectives and rules, feedback is readily available and rewards are desirable, we’ve got a chance to change security culture for the better!