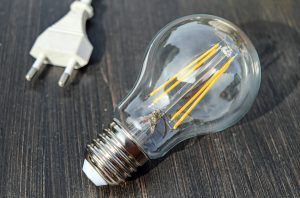 ISO 50001, the energy management system standard, is becoming a standard of choice for thousands of companies across Europe.

According to the latest ISO Survey, nearly 12,000 organisations worldwide have achieved certification to the Standard. The majority of those organisations (84%) are located in Europe, with Germany, the UK and France holding the largest numbers of certifications.

The Standard is increasingly popular in the food, drink, chemical, rubber and plastic industries.

Public- and private-sector organisations are implementing  an energy management system (EnMS) to help them meet European legislation, including the Energy Savings Opportunity Scheme (ESOS) and the EU Energy Efficiency Directive.

For example, ISO 50001 certification is a direct route to ESOS compliance – companies that hold the certification will be considered to have met the obligations of ESOS.

ESOS applies to large organisations employing 250 or more staff, or have an annual turnover in excess of £42m. The UK Government has predicted that 7,300 organisations in the UK will be affected by ESOS.

How to implement an ISO 50001-compliant EnMS

To help you implement an EnMS that complies with ISO 50001, ITGP has developed the ESOS & ISO 50001 EnMS Documentation Toolkit, which contains all the documentation you need while saving time and money throughout your project.

Take a free trial of this toolkit >>