Before last night’s thrilling encounter between England and Ecuador, there was a data breach involving 18 England players. Shortly before kick-off, England’s official team sponsor, Vauxhall, tweeted a photo of their team sheet including: 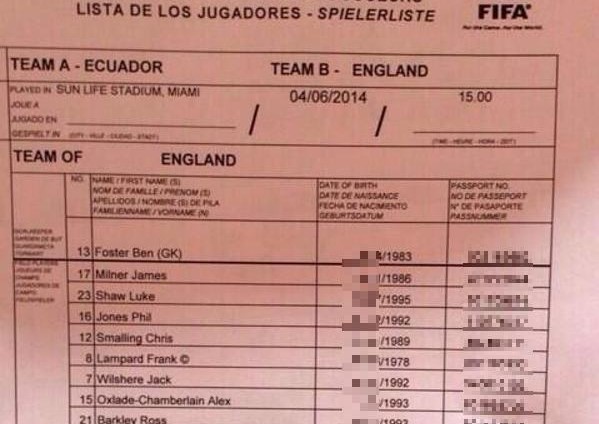 Vauxhall quickly realised their error and deleted their tweet but with thousands of football fans following their updates, they were doomed the second the tweet was sent.

Having a person’s passport number increases a criminal’s ability to commit identity theft and, when these players are earning £100k a week, it makes them a favourable target.

It’s very likely, however, that a member of the FA staff will have put in motion the actions to acquire new passports for all team members.