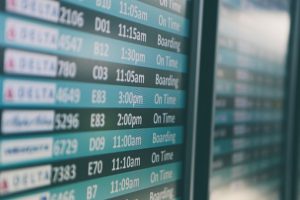 isruptions to British Airways (BA) flights over the bank holiday weekend, many people are questioning the airline’s lack of preparation for an incident like this.

BA was reportedly hit by a power surge that shut down its IT systems and led to it grounding all its flights for 48 hours. With one passenger telling the Guardian that the response of the airline’s staff “felt very improvised, and not very successful”, it’s fair to wonder why the airline didn’t have, or didn’t test, an effective business continuity management (BCM) system.

Álex Cruz, BA’s chairman and chief executive, said the disruptions began with a “power surge” that was “so strong that it rendered the back-up system ineffective”. This claim has been doubted or dismissed by a number of sources. Scottish and Southern Electricity, which runs the network in west London, has said that its systems were “operating as normal on Sunday morning”.

However, even if there was a power surge, James Wilman, the chief executive of data centre consultancy firm Future-tech, said it shouldn’t have had such a big effect:

You have something specifically that you build in to a data centre called surge protection, which is there to protect against exactly this [kind of] incident. You also have an uninterruptible power supply, a UPS, and part of its job is to condition the power. Between those and a quality earthing system, you should be protected from power surges.

Whatever the root cause of the incident was, British Airways should be concerned by its lack of a planned response. Matthew Bloch, managing director of Bytemark Hosting, agrees, saying the real problem was not what happened when the power went off, but what happened when it was turned back on. “When was the last time somebody test-rebooted a crucial database?” he asked. “Or executed a procedure like restoring a server?”

Meanwhile, passengers that spoke to the Guardian described the atmosphere at Heathrow on Monday as “like a mosh pit” and “the angriest place I’ve ever been”.

British Airways certainly isn’t the only company to get caught out like this. Many organisations overlook the importance of properly testing their BCM plans in the event that their systems go down.

You can ensure your BCM plan is working by testing it according to best practice outlined by ISO 22301, the international business continuity management standard. Doing this will ensure your organisation is prepared for a disruptive incident and able to resume trading as quickly as possible.