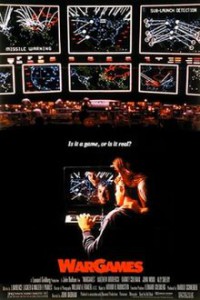 It was the summer of 1983, Margaret Thatcher and Ronald Reagan were at the heights of their power, Michael Jackson topped the music charts with Billie Jean and Return of the Jedi premiered in cinemas.

It was in this year that Wargames, a film about an underachieving student who gains access to the US military’s top secret supercomputer, starring a fresh-faced actor called Mathew Broderick, first appeared in cinemas.

The memories of this film came flooding back during David Cameron’s recent visit to the US. During the visit he had meetings with Barack Obama and a series of war games was announced in order to test each other’s cyber resilience.

The first simulated attacks covered by the agreement will be on the City of London and on Wall St, in reaction to growing fears of the vulnerability of the financial services sector to cyber attacks.

Subsequent simulated attacks will be carried out on critical national infrastructure in order to test their cyber resilience.

It was also agreed that agents from GCHQ, MI5, the National Security Agency (NSA) and the Federal Bureau of Investigation (FBI) would cooperate in what are known as ‘cyber cells’, in order to boost the sharing of information on cyber threats.

The war games Obama and Cameron announced may not be of the same nature as in the film – no thermonuclear war here – but thanks for the memories, guys.